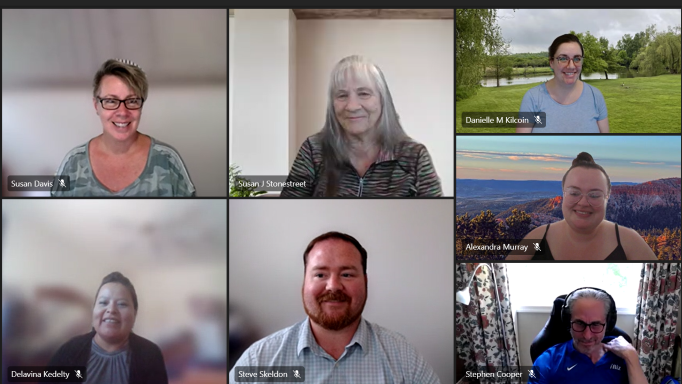 Last month, the Association of Proposal Management Professionals (APMP) named Chickasaw Nation Industries’ proposal shop as a top 5 finalist for Proposal Team of the Year. This award honors a cohesive, effective proposal team that demonstrates industry best practices, thought leadership, and a commitment to the professional development of its members. Calls for nominations went out to the entire (approximately 10,000 members) international APMP community. Ginny Carson noted that it was a joy to nominate this team, and that she could not be more sincere about what she wrote in the nomination:

"The Capture and Proposal Team for Chickasaw Nation Industries, Inc. (CNI) personifies industry excellence. This team wraps a wide range of experience and skill in a package of humility, compassion, and mutual support which fosters the on-going professional development of all team members and accelerates our ability to win more business.

The success, cohesiveness and effectiveness of this team is best represented by the significant volume of work that the team manages and an impressive win rate. In addition to leading capture and proposal efforts, this team is simultaneously engaging in tasks and projects that support CNI’s ability to improve proposal quality, increase business development efficiencies and enrich partnerships across the enterprise."

What an honor it is for our team to be recognized! Team members picture below: Susan Davis, Susan Stonestreet, Danielle Kilcoin, Delavina Kedelty, Steve Skeldon, Stephen Cooper and Alexandra Murray. Team Leader, Ginny Carson, not pictured.